Hello and welcome to another 10 minute writing school for all you budding young writers out there! Today we're going to take a quick look at Characters and Settings. And we're going to do it fast, fast, fast.

Now, as you may or may not know, the three main 'tent poles' of creative writing are;

Right, so in this bite-sized session, we're talking about Character and Setting. Why these two? They don't seem as though they're particularly well-connected, do they? Surely, Plot and Character go together better? Well, yes, Plot and Character are very important partners and if you're picking two to talk about, it would seem as though they're the ones to go for. However, let's look at another metaphor to describe these three...

Let's imagine we're creating a painting. We have three things. The canvas, the paint and the picture itself. Our aim is to create the picture (the Plot). But to do that, we need the paint (the Character). But all of that would be pointless unless we had the canvas to put everything against (you guessed it, the Setting).

Stories are all about setting up a Problem for the main character to overcome. To do that, you need to make things difficult for our hero / heroine (because making things difficult makes them that more heroic when they overcome it all and win out at the end - would Harry Potter have been  very heroic if Voldemort was nothing more than a slightly annoying bald dude who kept jumping out from behind trees and shouting 'boo'? No, sir, he would not).

So to set up the Problem, you have to give the Character something hard to do. A task. The harder the better. I mean, really let him / her have it. (Remember, the harder the task, the more heroic they are by the end). Pretend you are some kind of god-like creature whose only purpose is to make this character's life as difficult as possible!

Now, the task you give them is related to the Plot (which we can chat about another time). But there are two things we can use to make the task tougher;

CHARACTER : Give the hero a flaw. The flaw has to be something that is specifically designed to make completing the task harder. It can be a personality flaw (Arthur Ness is scared of everything, Anakin Skywalker thinks he knows it all). Or it can come from their back-story (Harry Potter doesn't know anything about magic, Charlie Bucket from Charlie and the Chocolate Factory has no money and no way of making any money).

Once they have their flaw - the flaw that is specifically designed to make completing the task harder - they are in deep trouble (you evil, god-like creature, you...mwa-ha-ha-ha-haaaaa). But are we satisfied with the trouble and strife we've given the hero? No! We need to make things even more difficult for them!

SETTING : The setting is our canvas, don't forget. It's the thing we place everything ontop of. When you are thinking about the setting your heroine is going to find themselves in, we're not just thinking about any old place. Like a field. Or a house. Or a bus-stop. The setting has to be (all together now...) designed to make completing the task as tough as possible.

Arthur Ness : Character flaw - scared... So, setting? Take him from the place he knows (London) and put him somewhere he doesn't know at all (a countryside village a hundred miles away from home). Don't forget, children in the 1940's didn't travel much so a city-boy like Arthur will have probably never seen a real cow before or been anywhere with lots of grass and no buildings. Voila - scared and placed into an unfamiliar location.

Anakin Skywalker : Character flaw - thinks he knows it all. Doesn't need the advice of people more experienced than him. Setting? Put him in the Jedi Temple - a place where, as part of your training, you have to learn from people more experienced than you because if you don't, you open yourself up to losing control of the Force and falling to the Dark Side. So his task (that of becoming a Jedi Knight) is made much harder!

Let me remind you of the other two examples I mentioned earlier;

Harry Potter : Problem - he has to learn how to become a wizard in order to defeat Voldemort. Flaw - he doesn't know any magic. Like, at all.

Charlie Bucket : Problem - he has to figure out how to take care of his mum, dad and grandparents. Flaw- he has no money and no way of making any.

Now, see if you can take these two examples and do what I've done; describe the main setting of their story and explain how that setting links with their flaw to make solving the Problem that much more difficult. Please feel free to write your explanations in the Comments section below - I'd love to read them!

Right, that's all from me for now. I have a book to finish writing, you know...! If you have any questions or comments about this, please write them in the Comments below and I will respond in the Comments section, too. 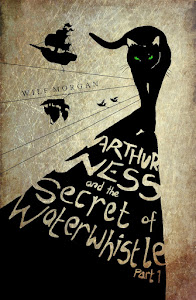 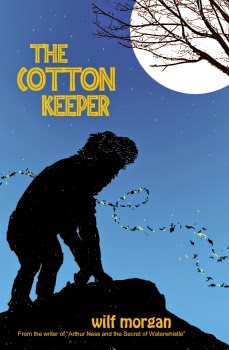